St. Mary Board of Limited Jurisdiction

Michael L. Detweiler is a member of the Professional Liability Department at Marshall Dennehey where he has successfully defended clients in numerous professional liability and casualty matters.  Michael's past and present clients include construction companies, tour operators, travel agents, resorts, local municipalities, governmental transportation agencies, medical device manufacturers, and numerous other individuals and entities. He has also successfully defended entities and individuals in commercial and breach of contract disputes.

Michael and his wife Alexandra are parents of two children, Charles and Gisele.

Jamila Aberdeen is a Doctor of Physical Therapy, Board Certified in Orthopedics at the Children’s Hospital of Philadelphia for the past twelve years.  For the past five years she has served as the outpatient supervisor for the Outpatient Department at the University City Campus. She graduated magna cum laude from Morgan State University ’04 and Temple University in 2007. She is currently pursuing her MBA in Health Care Management and Leading Organizations from the Carey Business School at Johns Hopkins University. External to CHOP, Dr. Aberdeen has held positions in the Pennsylvania Chapter of the American Physical Therapists Association (APTA) and currently serves as a Steering Committee Member for the Council of Health Systems of the APTA.

Dr. Aberdeen is a passionate, patient advocate and mentor, who loves to impart knowledge and has undertaken several teaching assignments at Arcadia University at varying levels of instruction. She also serves as a Capstone Advisor for students seeking a Rehabilitation Administration Certificate at the University of Montana.

Jamila and her husband, Barry are the proud parents of two alum: Jabari Perryman ’16 and Sela Perryman ’20.

His recent community contributions include co-chairing St. Mary School's annual Walkathon, raising tens of thousands per year for its arts programs.  As President of Palumbo Soccer Club, Rich contributed business structure, improved coaching acumen, and marketed the club to bring quality instruction to hundreds of young players. Rich holds a B.S. in Electrical Engineering from Worcester Polytechnic Institute and an MBA from Wharton School, University of Pennsylvania.  He currently resides in Philadelphia with his wife Toni and their two children.

Jeanette Howell is a neighbor to the Saint Mary’s school community. As a lifetime resident of Philadelphia, Jeanette respects and values the Catholic education provided by her parents and offered the same to her own three grown daughters.  As an active member of the International Brotherhood of Electrical Workers and a project manager for a local electrical contractor, the position as chair of the building and grounds committee seemed a natural fit.  She finds the dedication of fellow board members to the good of the school community and the positive outlook extended to the student body, staff, faculty, and their families exhilarating. Jeanette looks forward to the continued growth and community involvement of such a good-hearted bunch and encourages all families to get involved as their longtime happiness sprouts from the roots grown here.

Susan C. Koger, MS, has more than 20 years of experience in nonprofit management and development. Within the St. Mary community, Susan serves as Advancement Committee Chair where she plays a vital role in raising significant funds to grow and sustain the academic and spiritual programs for the students of St. Mary.

Originally from northeastern Pennsylvania, Susan graduated with honors from La Salle University, earning a Bachelor of Arts in English/Writing. She received a Master of Science in Communication Management and a professional certification in editing from Temple University. She lives in the Queen Village neighborhood of Philadelphia with her husband, Matt, a high school math teacher and academic coach, and their son, John, a student at St. Mary. She serves as a Trustee and Board Secretary for the Ann B. Zekauskas Family Foundation. She is a Democratic committeeperson within the City of Philadelphia (Ward 2, Division 14) and volunteers with the Friends of Moyamensing Point. Susan is a member of Old St. Joseph's parish.

Alana Lee is in her 19th year in education, the past five of which have been at the Gesu School; first as the Dean of Students and currently as Vice Principal. In addition to fulfilling her day to day responsibilities at Gesu, Mrs. Lee has led the school in City-Wide and State-Wide Service, Recycling, and Bullying Prevention Initiatives. She has nurtured a relationship with Gesu and the Anti-Defamation League (ADL) to continue to be a No Place for Hate School, and has implemented a Self-Esteem & Empowerment Program for the 6th grade girls called “Gesu Girls with an Agenda” (G.W.A).

Mrs. Lee has taught at the elementary, high school and college level, in which she was an adjunct professor at Holy Family University. Prior to her teaching career, Mrs. Lee had a career in Journalism, where she worked at NBC10 News Station and WDAS Clear Channel Radio Station, where her love for research, writing and public speaking transpired, and later inspired her to publish her first children’s book in 2007. She is also the co-founder of Live & Love Life, a 501c(3) Non-profit Cancer Research Group.

Mrs. Lee’s educational philosophy is based on her uncompromising belief that all students can learn, given a positive learning environment, strong and knowledgeable leadership, a committed and focused educational team, an encouraging community, and a supportive family.

Udai Puramsetti is a Principal at Mercer with responsibility for strategic initiatives in the US & Canada. Udai is a graduate of the Wharton School of Business at the University of Pennsylvania and is a Chartered Financial Analyst. He lives in Center City with his wife and daughter who currently attends St. Mary Interparochial School (Class of 2026).

Judge Timothy Savage graduated from Assumption College in 1968 and from Temple Law School in 1971. He was an editor of the Temple Law Review. Upon graduation, he joined MacCoy, Evans and Lewis as a litigation associate. In 1974, he opened his own practice concentrating on criminal and civil litigation in the federal and state courts. In addition to his trial practice, he served as a hearing examiner for the Pennsylvania Liquor Control Board. Judge Savage was appointed by President George W. Bush to the United States District Court for the Eastern District of Pennsylvania on August 2, 2002.

Judge Savage has served on the boards of directors as a member and officer of the Metropolitan (Northeast) Boys and Girls Clubs, the Northeast Community Center for Mental Health/Mental Retardation, the Frankford Special Services District and the Frankford Economic Revitalization Committee. He also served as president of St. Joachim Parish Council. He is currently on the Green Byrne Child Care Center Board. He was a member of the Philadelphia County Democratic Executive Committee from 1975-2002.

Michael Shapson is a Director in PwC’s Workforce Transformation Group, based in Philadelphia, PA. He joined the Firm in 2000 and specializes in domestic and international executive compensation planning. Michael works extensively on executive compensation matters related to mergers, particularly Golden Parachutes issues. He has worked with many clients on the acquisition of both large multinational corporations as well as small private companies.

Michael holds a B.A. in English from Saint Joseph's University, a Juris Doctor from the Villanova School of Law, and an MBA from Villanova University.

For more than 15 years, Maria Walker has worked in non-profit management and government. Currently Project Director for Drexel University’s Office of University and Community Partnerships, her portfolio of grant oversight totals more than $5 million. For Drexel, Walker has coordinated several programs to improve educational outcomes for youth and adults, including the West Philadelphia Action for Early Learning Initiative, out-of-school time activities, and Drexel’s KEYSPOT, a citywide program to bridge the digital divide among low-income Philadelphians. Previously, Walker was executive director of After School Activities Partnerships, an organization serving 6,000 youth annually with the mission to keep Philadelphia youth in grades K–12 safe and active after school. She has worked as a newspaper journalist and editor, and as a special assistant to a United States congressman with the focus of work on base closure reuse and environmental issues. Her experience also includes advocacy and training to support women on welfare. Walker has a B.A. in English with a Classics minor from Temple University and a Certificate in Non-Profit Executive Leadership from Bryn Mawr College’s Graduate School of Social Work and Social Research. Her three sons are SMIPS and Roman Catholic High School alumni.

Jayda Pugliese is serving her fifth year as principal of St. Mary Interparochial School and fourth year as Chief Executive Officer of the St. Mary Out of School Time Program. She is the 2016 recipient of a prestigious Milken Educator Award and was one of ten nationally recognized teachers for the Best in Education Award. Jayda graduated from St. Mary Interparochial School in 2001 and Saints John Neumann and Maria Goretti High School in 2005. She holds a B.A. in Special Education and Elementary Education, an M.Ed in Teaching English to Speakers of Other Languages (TESOL) and Literacy, and is currently pursuing a doctorate in Educational Leadership and Administration; all from Holy Family University. Jayda Pugliese is well-known for her innovative and differentiated teaching styles as well as her integration of various technologies. Outside of her role as principal, Jayda serves as a member on the Pennsylvania Teachers Advisory Council to the PA Secretary of Education and is an international education trainer for STEM Revolution.

Christina Haciski is serving in her fifteenth year as Executive Director of Advancement and Strategic Initiatives at St. Mary Interparochial School. Ms. Haciski oversees the development, admissions, marketing, communications and strategic planning initiatives for St. Mary School. She also provides key administrative support to the Board of Limited Jurisdiction. Prior to this role, Ms. Haciski was a classroom teacher at St. Mary Interparochial School and an instructor in the afterschool program. As a Big Ten student athlete, she earned a B.A.in Communication from Michigan State University. She currently resides in Haddonfield, NJ with her three daughters. 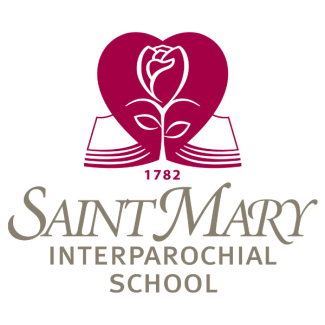